Difference Between DWI and DUI

Since it is common to use the terms DWI and DUI simultaneously, it’s no wonder some people get confused, and wonder is there a difference between the two terms. So in this article, we’ll finally explain the meaning of these words as well as their differences.

The mentioned terms both refer to the same crime, and that crime is operating a vehicle while intoxicated or under the influence of alcohol or drugs. DUI stands for driving under the influence, while DWI stands for driving while intoxicated or driving while impaired. It is very important to notice that these terms don’t refer only to drunk driving. They also apply to driving after using illegal substances.

Differences Based On The Severity of The Crime

As we saw, there is no distinction between the two terms, but some countries make a difference between DUI and DWI based on the severity of the crimes. In some states, a DUI is considered less severe than a DWI. They find DUI charge being simple under the influence of alcohol and illegal substances, while DWI means you’re not only being intoxicated, but also driving in that condition. This difference can also directly imply your level of impairment as well as coordination and motor skills. As you know, there is a legal limit for intoxication and every person arrested for drunk driving will be meet serious penalties and consequences. However, since the punishment can be influenced by the driver’s level of intoxication, the distinction between the two terms, where one indicates a “lighter” and the other a “heavier crime” can be rather convenient. 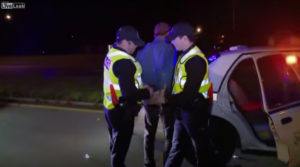 If you live in a country that makes a distinction between DWI and DUI and you’re facing the heavier charge, a good DUI lawyer can have your charge reduced to DUI. Confronting a severe charge can significantly affect your life because it has more severe penalties, especially if you have been arrested or convicted of drunk driving in the past.

Are There Other Acronyms for Drunk Driving?

Besides the mentioned two that are most common, in different countries across the U.S. different terms are used, such as OWI, OVI, OUI and other. All terms are used to describe the crime and legal charge of drunk driving. OWI stands for operating a vehicle while intoxicated, and it is used in Indiana and Iowa. OVI stand for operating a vehicle under intoxicated and it is used in Ohio, while the acronym OUI stand for operating under the influence while impaired, used in the states of Massachusetts and Rhode Island.

Except for the terms that describe this legal charge, some acronyms express the level of severity of operating while intoxicated such as DUII-CS (driving under the influence of intoxicants: controlled substances), OMVI (operating a motor vehicle while impaired), DWAI (driving while ability impaired) and so on. To find a DUI lawyer near me, be sure to check out our home page.

Driving Under The Influence Is A Serious Crime

No matter what terms and acronyms are used in your country, you mustn’t forget this is a serious offense. If you get arrested for impaired driving, only a good DUI lawyer can help you reduce the penalties and get the best out of the situation.