A notable percentage of severe accidents and deaths on the road are the result of drunk drivers. However, many people manage to escape these incidents unharmed. Due to this, every state in America has stringent rules relating to drivers who get behind the wheel while inebriated. In many states, contravening these rules is referred to as ‘Driving Under the Influence’ (DUI). Sometimes, though, this law violation is called ‘Driving While Intoxicated’ (DWI). Our purpose here is the answer questions and go into details with a DUI arrest explained.

You Can Be Arrested For DUI Without Drinking Alcohol

A DUI arrest can be made because of substances other than alcohol. Typically, it is forbidden to drive after consuming chemical stimulants. These might include drugs that are illegal or legal. In these cases, results from tests determine whether DUI charges are filed. While limitations for chemical stimulants are not usually specified, certain tests can verify whether the substances are present in a motorist’s bloodstream. 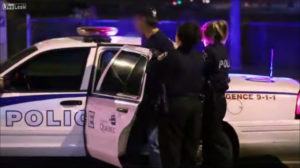 Should a police officer suspect that someone is driving under the influence, he or she can pull the motorist over to establish whether drunk driving offenses have been committed. Generally, before arresting anyone, the officer will give the motorist a sobriety test to discover whether he or she has consumed alcohol or other intoxicating substances. This assesses the motorist’s hand to eye coordination. In numerous states, the officer can arrest the motorist if he or she refuses to cooperate with this request.

Being Tested After A Drunk Driving Arrest

When drivers do not exhibit acceptable motor skills and judgment while taking these tests, the police officer can ask the motorist to participate in a BAC (Blood Alcohol Content) test. With DUI cases, these tests have to demonstrate that the motorist has an alcohol percentage in his or her bloodstream that exceeds the legal limit. In lots of states, 0.10 percent BAC is the legal limit. However, other states set the limit at 0.08 percent BAC. Tests involving samples of breath and urine are fairly common as well.

Typically, should the motorist test positive for drug or alcohol use, the police officer will make a DUI arrest and take the motorist into custody. After this, the motorist is detained in a police cell until she or he can be collected by someone, or until their court hearing is due.  You can find a DUI attorney near you on our home page.

Several states have adopted a liberal policy, with regards to DUI. This means that first-time offenders often don’t get the harshest punishments available by law. Most of the time, first-time convictions are punishable by a suspended driving license for twelve months, community service, a large fine and multiple penalty points after the motorist’s driving privileges are reinstated. The car they drove while intoxicated might be impounded too. More severe punishments include a permanent suspension of the motorist’s driving license, court-ordered drug or alcohol rehabilitation treatment and a prison sentence.