The Legal Consequences and Long-Term Effects of a DUI Conviction

All states in the US have laws that prohibit driving under the influence of alcohol and drugs. Whether the offense in your country is labeled DUI, DWI or OUI, if you have committed this crime, you will face severe consequences. Specific penalties differ by the state, but they all include license suspension, hefty fines, ignition interlock device installation and even jail time. Other penalties can include probation, alcohol and drug classes, alcohol home monitoring units and similar. Most people are aware of these immediate consequences of a DUI conviction. However, many people do not consider the long-term effects of getting a DUI, such as keeping your job, getting a job, keeping your professional license and so on. In this article, we are going to discuss both.

If you get a DUI, no matter if this is your first-time offense, your driving license will probably be suspended. Even if you don’t get convicted of a DUI in court, the DMV will suspend your license if your BAC level exceeds .08%. If you are convicted of driving under the influence of alcohol, the court may impose another license suspension on top of the suspension imposed by the Department of Motor Vehicles. In some states, two suspensions are allowed to overlap, and you won’t have to complete two full suspensions. The length of suspension also varies by the state laws. For first-time offenders, a license can be suspended for 30 days to 6 months. Depending on the severity of your crime, your driver’s license can also be suspended for a year or more. If you have prior DUIs, you will face increased license suspension. The same can happen if you have refused to take a breathalyzer or a blood test when asked by a police officer. For a third or fourth DUI, your license may be permanently revoked.

DUI convictions always carry certain fines and fees. Even if you are a first-time offender, your first offense will probably cost you at least $500 in fines. Besides fines, you will also have to pay for certain fees, such as court fees or license reinstatement fees. When it comes to jail time, more than half of the states in the US have mandatory jail time for a first DUI. These mandatory sentences last from one day to an entire week and they can be avoided by hiring a DUI lawyer. For a second or subsequent DUI offenses, mandatory jail time is very common, and it cannot be avoided. 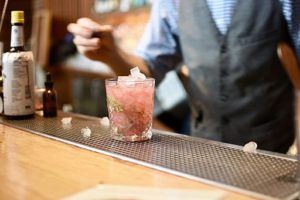 Lastly, many states require drivers convicted for DUI to install an ignition interlock device on their vehicle. An IID is a machine very similar to a breathalyzer. It is attached to the ignition system of your car, and it measures your BAC level. If your BAC level is normal, you can start your car. You cannot start your car if you don’t provide a breath sample and if your BAC level is below the legal limit. While driving, you will also be asked to provide breath samples at random intervals. If the device registers a positive test, it won’t stop your car due to safety reasons, but it will notify the probation department. Have in mind that installation of IIDs is not cheap. You will have to pay the costs of installing, calibrating and de-installing the device.

If your job involves driving, getting convicted of a DUI may result in losing your job. Also, if you hold a commercial driver’s license, DUI conviction and the imposed penalties will affect both of your licenses. Have in mind that a DUI can leave a permanent mark on your name and affect future employment. Even if you have committed just one offense, this can have a huge impact on your ability to obtain certain jobs. Employers have increasingly started to check criminal backgrounds of their potential employees. So, if a potential employer discovers your DUI, and there is a lot of competition for the applied position, he will probably rather hire someone who has a clean record instead of you.

If you are considering applying for a college, a DUI conviction may make this harder for you. Also, many professions that involve state or professional licensing will be severely jeopardized by a DUI conviction. Emplyment that require state licensing such as doctors, attorneys, teachers, nurses, and drivers may not only lose their certifications due to DUI conviction, but they can also permanently destroy their reputation. Unfortunately, a DUI conviction always affects the way people view you. Regardless of the circumstances and how this crime was committed, many people will assume or believe you have a drinking problem.

As a result of a DUI, you may be classified as a high-risk driver. This means you will have to pay for additional fees and get a new policy. You will be required to maintain a particular type of insurance called SR22. For a DUI conviction, you may be charged two or even three more times for coverage. In many cases, many years will have to pass for your rates to be reduced.

The best way to make sure you don’t experience the long-term effects and consequences of DUI is not to drink and drive. However, if you have already been arrested for driving under the influence of alcohol, hire a DUI attorney to come to your aid. Your attorney will explain your rights to you and navigate you through the legal system. An attorney can evaluate the facts of your case and help you move towards the best outcome.